Is My Child Telling the Truth?
Skip to main content

Is My Child Telling the Truth?

Children learn about their world and their place within it in many different ways. Nursery school is an excellent source of social and emotional learning (as well, of course, as many other kinds of learning). Children explore relationships; they also observe relationships. They experiment with behavior and they watch other children behaving … and misbehaving. They tune into their teachers’ responses to them and to their classmates. And, finally, they very often take what they learn at school and bring it home, sometimes in surprising ways.

School Through a Child’s Lens

At the very beginning of the school year, your child may come home bemoaning the fact that he has no friends, that no one will play with him. This may seem like the best way to describe a lonely feeling at school that may have more to do with natural anxiety about a first school experience or even a new classroom and new teachers at the same school.

A shy and quiet child may be intimidated or even troubled by his classmates’ exuberant behavior. A young child can’t articulate this feeling but can tell you everyone is always hitting him in school. Children are far less likely to be concerned with nuance or even with facts than they are with their own emotional realities. While children may not always eagerly tell you what they did at school, they may struggle to communicate the sometimes confusing and intense experiences of the social and emotional world of school.

School provides children the opportunity to explore, pretend and learn. Teachers observe, make suggestions, intervene or stand back as children interact with materials like paint or blocks, and with each other. Conflict is also a source of learning at school; teachers think carefully about whether to intervene or allow children to work through problems on their own. A verbal exchange that sounds an awful lot like teasing or name-calling may turn out to be part of a game in which all the children are participating.

Even genuinely angry exchanges may best be left alone. Children often resolve momentary differences and move on more easily without the interference of an adult whose interpretation of the situation may not be accurate. At other times, a teacher may see that children need help to take turns peacefully or to solve a problem that seems overwhelming in the moment.

Given the complex social and emotional learning that takes place in nursery school, it is not surprising that young children sometimes misreport events that happen to them or others. While it is important to take seriously the stories your child brings home, keep in mind that the stories may not literally be true. Your child is not lying as we understand lying but neither is she telling the truth.

The stories children tell help them interpret their own experience. They are simply doing their best to communicate complicated feelings in a way that is meaningful to them. Your reactions, like the reactions of teachers, may offer your child further help in understanding the world.

If your child tells you a story about school that confuses or upsets you, speak to your child’s teacher. Chances are the teacher can help you put your child’s stories in context and interpret them in a way that will help you help your child. 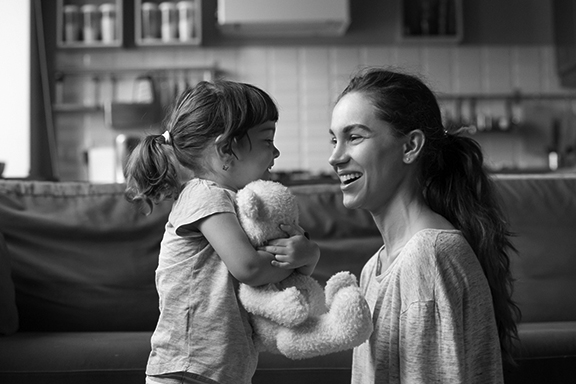 Alice: Someone is Hitting Me

Recently the parents of 3-year-old Alice described her escalating distress about coming to school. Alice reported that a classmate was hitting her every day more than once. At first the parents dismissed the story as a way to get attention, but the reports didn’t stop. Finally, the child started crying every morning when it was time to leave for school.

When her parents related Alice’s complaints of being hit to her teacher, they learned that she and the other child almost never played together and had never been in any conflicts. Working together, the parents and teacher were able to form a fair and sympathetic understanding of what had really happened. Alice had told this story first to her grandmother, with whom she was staying while her parents were on a short trip. Alice had had a rocky separation in the beginning of the year; her parents’ absence rekindled her feelings of worry and loneliness at school. The story she told was an attempt to communicate these feelings. When her grandmother reacted strongly, vocal in her criticism of the “bad child” and generous with sympathy and reassurance, the story took on a life of its own.

Alice’s parents stopped talking about the other child’s behavior and, instead, focused on Alice. After acknowledging her feelings, they asked about her school activities and listened with interest. They talked about a drawing she brought home. They asked if she would like to try the muffin recipe made at school. These conversations helped refocus attention from the negative feelings Alice felt when she missed home to the positive feelings she felt when engaged in all the new experiences at school. Her parents’ interest in these experiences helped Alice see herself as a competent child able to enjoy herself even when away from home.

Another mother reported that her son Ben complained about his school afternoons. He said the other children were telling him he was “not good” and  “too little” to play with them. His mother listened and asked a few questions, hoping her acknowledgment of his feelings and reassurance that teachers were there to help would put an end to the complaints. Instead, the stories persisted.

Ben’s mother hesitated to bother the teacher; she assumed he was just trying to get her attention at a time when a younger sibling was demanding so much of it. When she was finally told of Ben’s unhappiness, the teacher was surprised, as she saw Ben as such a self-contained, productive member of the group. She promised to take a closer look.

Observing him that afternoon, the teacher quickly realized that, although busy, Ben was on the outskirts of play when his closest friends had gone home. He spent a lot of time watching and clearly tempted by the others’ games. With these new insights, the teacher was able to improve his school experience. She partnered Ben with another child in the block area, and put out activities he excelled at that might draw classmates to see what he was doing.

Ben’s mother was relieved to have a way to understand his complaints. The other children had not been teasing him: Ben had been able to describe his own feelings by putting words in their mouths. The teacher kept in touch, describing ways in which she was helping Ben. With specific examples provided by the teacher, his mother was able to talk about his block-building with an admired classmate, or ask questions about positive interactions he’d had at school. When he felt that both his mother and his teacher understood his feelings, Ben began to take an active part in changing the way he felt at school, and became more active and accepted socially.

Let Your Teacher Be Your Guide

In both cases, the parents had been skeptical at first but ultimately brought their children’s stories to the classroom teachers. Parents and teachers were able to work together to understand what was going on for each of the children.

It is difficult for parents to navigate a child’s social and emotional world when they do not have the luxury of being present in the classroom and on the playground. So, how can you help your child bridge home and school?

It is important to have a trusting relationship with the teacher and the school. A teacher with whom you’ve established a connection will not feel defensive when you bring an issue to her attention, and will find it easier to communicate her impressions of what is happening in her classroom.

Early in the year, make sure you and your child learn the names of teachers and classmates together. If you have time, visit the classroom. Spend time to get to know the teachers and the children your child talks about most. You will then have some frame of reference for your child’s stories. Your child will also feel more at home at school if she sees you as part of it.

Most teachers welcome visits to the classroom and may even include visits as part of the curriculum. Reading to small groups or to the class is one good way to show your child that you are interested in her school experience. Even if you only do this once, it may go a long way to reassuring you and your child about the school environment.

If you have newsletters from the classroom, you might use them as a starting point to talk to your child about school. Samples of work that seem especially meaningful provide concrete things for parent and child to talk about. 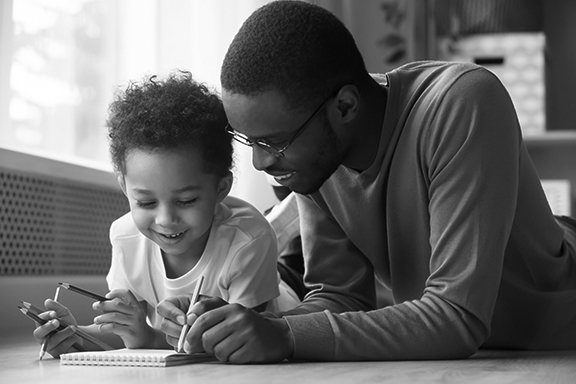 Listen carefully to your child with an open mind.  If there is a complaint, don’t rush to dismiss your child’s feelings but don’t think you have to offer an immediate solution to the problem either.  Remember that what your child describes to you may be more about feelings than about facts. If your child says, “No one is my friend,” and you rush in to reassure, “Of course you have friends!” your child may feel that you are dismissing a real emotion.  If your child says, “Someone pushed me,” and you express shock, horror and dismay, you may be making too big a deal out of something that was just a small (but memorable) part of his day.

Ask questions that encourage your child to give you more information, for example, “What happened next?” Reflect your child’s feelings if it is clear what they are, “It seems you were really angry about that,” but be careful not to assume you know exactly what’s going on or how your child feels about it. Just being a good listener and simply remarking, “Oh,” can help him feel you are taking the situation and his feelings seriously.

Kate Delacorte and Meredith Gary are Co-directors of The Downtown Little School, a preschool in Manhattan. Kate Delacorte is a former member of the Board of Directors of Parents League of New York.

This article first appeared in the 2018 issue of the Parents League Review. Get the current issue of the Review free with a family membership. Or purchase it separately. 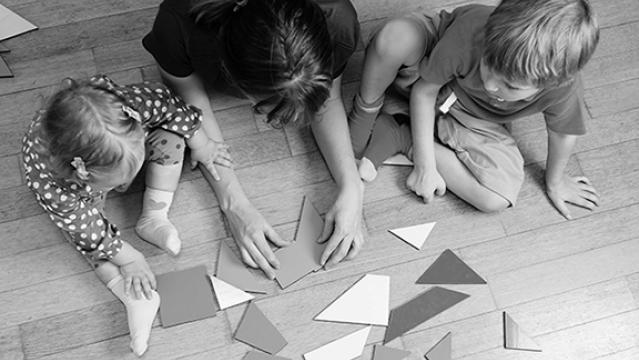 7 Parent Resources for When Your Child Is at Home 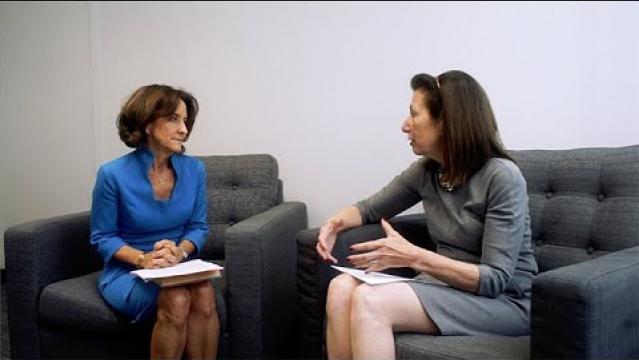