The Psychologist Parent by Lisa Damour
Skip to main content 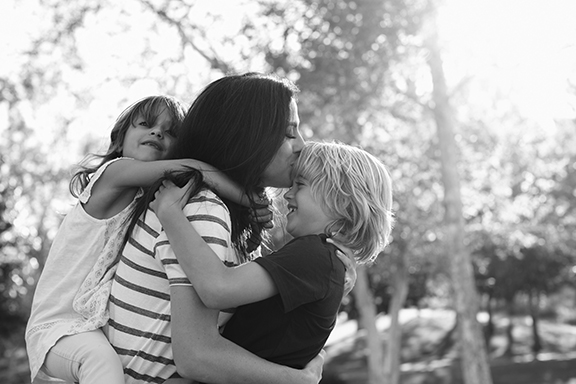 After spending the day reading through research on child and adolescent development, formulating advice for parents, and providing therapeutic support for other people’s children, it can be a funny thing to come home to my own two daughters. The first and perhaps most important point to be made on this topic is this: Being a child psychologist is not necessarily an asset to parenting. In fact, it can be a real liability.

I’ve told the following story in the New York Times, but it bears repeating. In the final days of my pregnancy with my first child, a beloved and trusted senior colleague turned to me during a clinical meeting to ask, “Do you want to hear how psychologists screw up their kids?” “Yes!” I answered, knowing the stereotype that children of clinicians are often emotionally hamstrung. She offered simply, “They talk about feelings too much.”

Her observation made immediate sense. Psychologists who treat their living rooms like consulting rooms run the risk of having a lengthy discussion with a 4-year-old about why she’s not in the mood to clean up her toys. This should not, of course, be a conversation at all. Unless that conversation is:

“Too bad. We can’t do anything else fun until you do.”

Indeed, everything we know about what children really need at home comes down to two things: warmth and structure. And as I often say when speaking to groups of parents, “If you can’t do both in any given moment, just do structure. Kids can find warmth in many places, but they need to learn about boundaries and limits from you.”

But though it is often best for me to leave my professional hat at work, there are certainly some research findings and clinical experiences that have influenced my parenting along the way—hopefully for nothing but the better.

While I was co-authoring a college psychology textbook, I read hundreds of research papers, but one article on the role of sleep in immune function really stayed with me. Studying the effects of sleep is easy enough to do. Subjects are brought into a research lab, treated to a great night of sleep, and then given a bunch of measures. After that, they’re brought back to the lab, given a terrible night of sleep, and then they repeat the same measures. From this methodology we have learned that even one poor night of sleep has a calamitous, if temporary, effect on the immune system.

That one study helped me to become much more disciplined about my own sleep routines, and when my husband I became parents, it helped us to summon the resolve to establish and enforce strict bedtimes for all.

Of course sleep does much more than support the immune system. It also improves thinking, learning, concentration, attention, memory, creativity, problem solving, mood, coping, life-appreciation, motor skills and physical safety. A drug with these effects would fly off the shelves. Even knowing this, I struggle at times to find the energy to get my children, and myself, to bed on time. But I really try.

Working with teenagers has made it clear to me that it is almost impossible for adolescents to get the nine hours of sleep they need. I accept that I will eventually lose the battle to make sure that both of my girls are getting enough sleep. But so far, we’re still winning. My girls are now in 1st and 8th grades, and I see each good night of sleep as one more step toward securing a critical, healthy habit.

My work consulting to a girls’ school in my community connected me with Dr. Carol Dweck’s game-changing research on fixed and growth mindsets. Dr. Dweck discovered that there are two kinds of people: fixed mindset thinkers who feel that they are born with all of the skills they will ever have, and growth mindset thinkers who believe that, with effort, they can expand their abilities.

Like all parents, I want to encourage my children to thrive and stretch themselves, but I also don’t want to apply undue pressure and ask for more than is fair. This tension has drawn me to growth mindset thinking. It’s a silver bullet—one of only two I have ever encountered—that simultaneously increases achievement while reducing stress. (The other silver bullet, not surprisingly, is sleep.)

I read Carol Dweck’s book Mindset when my older daughter was in kindergarten. Thanks to that book, I started praising her effort, not her smarts, when she did well. I began to talk openly with my daughter about how I manage the challenges I face in my work and to celebrate her talented classmates by saying, “I’m so glad that you’re not at the top of your class. Otherwise, who would push and inspire you?” It became clear I had gotten my message across (read: beaten it to death) when my daughter came home from 1st grade to say “Mom, I want to tell you about a really cool thing a girl in my class built, but I don’t want you to tell me that I could build something like it if I work really hard.”

I never doubted that as a parent I’d want my children to eat healthy food, get enough sleep, drive carefully, and make good choices when they encounter drinking and drugs, or become sexually active. But my career as a psychologist has shaped how I have gone about the early phases of addressing health and safety topics with my girls.

Through my psychotherapy practice, I’ve come to more fully appreciate the stunning power of the adolescent wish for autonomy. Teenagers, even the most level-headed ones, strongly resist being told what to do. Rational adolescents will sometimes make choices that go against their own self-interest if they feel bossed around. For example, I’ve known teenagers with little interest in alcohol who decided to drink beer at a party only because their parents told them not to.

Accordingly, I’ve worked to frame health and safety choices as ones my daughters make in support of their own interests, not to comply with my rules. Over dinner, I’ll say, “Take three bites of something green to be good to your body before you move on to dessert.” When reminding them to put on bike helmets, I’ll say, “You only get one brain for the rest of your life, let’s take great care of it.” Of course, I often revert to the handy, “No dessert until you try those vegetables,” and “Where’s your helmet!” But I try to balance my rapid-fire directives with a recognition that my daughters’ choices about how they care for themselves are ultimately for their own benefit, not mine.

In having these conversations, I’m thinking ahead to their high school years. When the day comes that I say, “Have fun at that party, but don’t hesitate to call us if you want us to spring you from a tricky situation,” I’m hoping they will simply hear my offer as the latest version of a long-standing message: “It’s your job to look after yourself, and I am always eagerly standing by to help you do so.”

That I’m a psychologist who works with children and teenagers does not mean that my husband and I somehow sidestep the typical challenges inherent in raising children. It never occurred to me that that would be the case, or that anyone else would think this, until only recently. On two separate occasions when I was sharing some of our garden-variety parenting challenges with friends, I was surprised when my conversational companion replied, “It’s such a relief to hear that you’re dealing with this stuff too.”

Which brings me to one more significant benefit of being a psychologist who works with children and teenagers. I fully expect parenting to come with worries, frustrations and uncertainties. Thanks to my profession, I know that one difficult moment or day or week rarely heralds grave problems down the line. And I know that many different approaches to parenting turn out terrific young people, that children and adolescents are tremendously resilient, and that some turbulence is a normal and expectable part of family life.

This article first appeared in the 2018 issue of the Parents League Review. Get the current issue of theReview free with a family membership. Or purchase it separately. 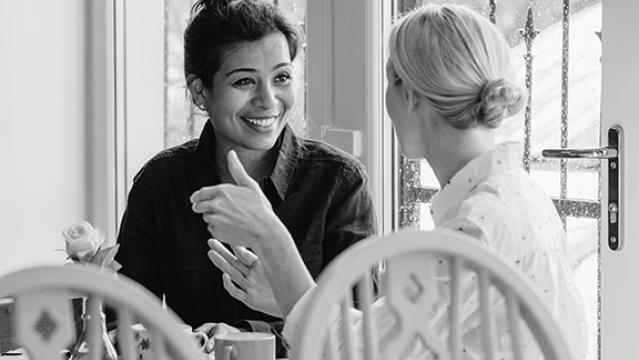 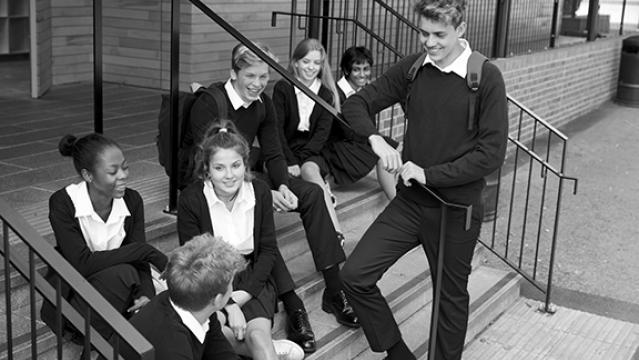